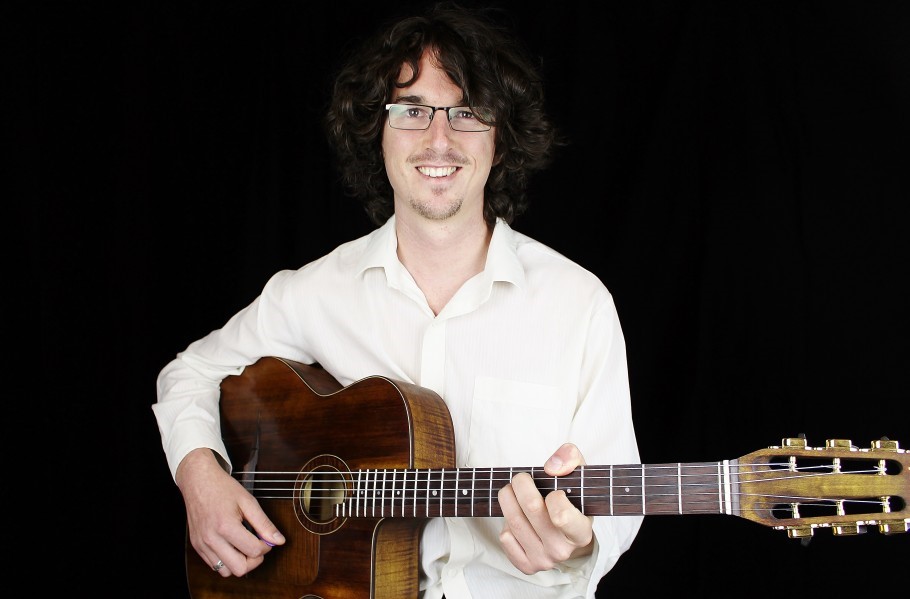 Harry Edwards is a performer, composer and guitar teacher based in Hobart, Tasmania, Australia. He graduated with a Bachelor of Music and Bachelor of Arts from the University of Tasmania in 2012 and has since developed a regular practice of performing professionally with various ensembles around Tasmania and mainland Australia.

Composition and gypsy jazz are Harry’s core passions, and in June 2014 Harry travelled to the U.S.A. and Europe (France, Netherlands, & Belgium) to study with some of the world’s leading gypsy jazz musicians. This was made possible by the generous support of the Phonographic Performance Company of Australia, the Australian Arts Council (ArtStart Grant), Arts Tasmania (Start-up Artist Grant) and Regional Arts Tasmania (Quick Response Grant).

Harry coordinates and performs in numerous jazz ensembles including gypsy jazz band ‘Django’s Tiger,’ original compositions group the ‘Harry Edwards Trio/Quartet,‘ and the double bass and guitar duo ‘Isaac & Harry.’ He also works regularly with jazz singers Anita Cairns and Jane Morris in the ensembles ‘Ani & Harry,’ and the ‘Jane Morris Trio.’ Harry is also available to perform as a solo jazz guitarist, where he showcases both original compositions, and his unaccompanied arrangements of popular jazz standards.

Harry has performed on ABC Radio National on several occasions with his trio, as well as ABC Hobart. In 2010 Harry was invited to perform solo jazz guitar at a tribute concert to Django Reinhardt for the Devonport Jazz Festival. He is a regular performer at Hobart venues and festivals such as MONA, Wrest Point Casino, Dark Mo Fo, Clarence Jazz Festival, and the Taste of Tasmania.

The Harry Edwards Trio/Quartet recently completed a tour of east coast Australia. The highlight of this tour was their performance at the annual ‘OzManouche’ festival at the Brisbane Jazz Club, where they were the support act for international gypsy jazz icon Robin Nolan.

In 2015 Harry launched his debut CD of all-original jazz compositions. Composition continues to be a core focus of his music practice.

Harry has received support for his original music and performances from leading authorities in the field:

“Harry is producing some exquisite original musical compositions and showcasing them with sensitive and masterful guitar playing in a number of public forums.”

“I have known Harry for some years in my capacity as a Jazz Manouche style guitarist and educator. He is a dedicated, proficient and intelligent musician and composer.”

“The Harry Edwards Trio blew me away with their fresh and innovative style of gypsy jazz. Harry is a superb Manouche guitarist and his original tunes are very special.”